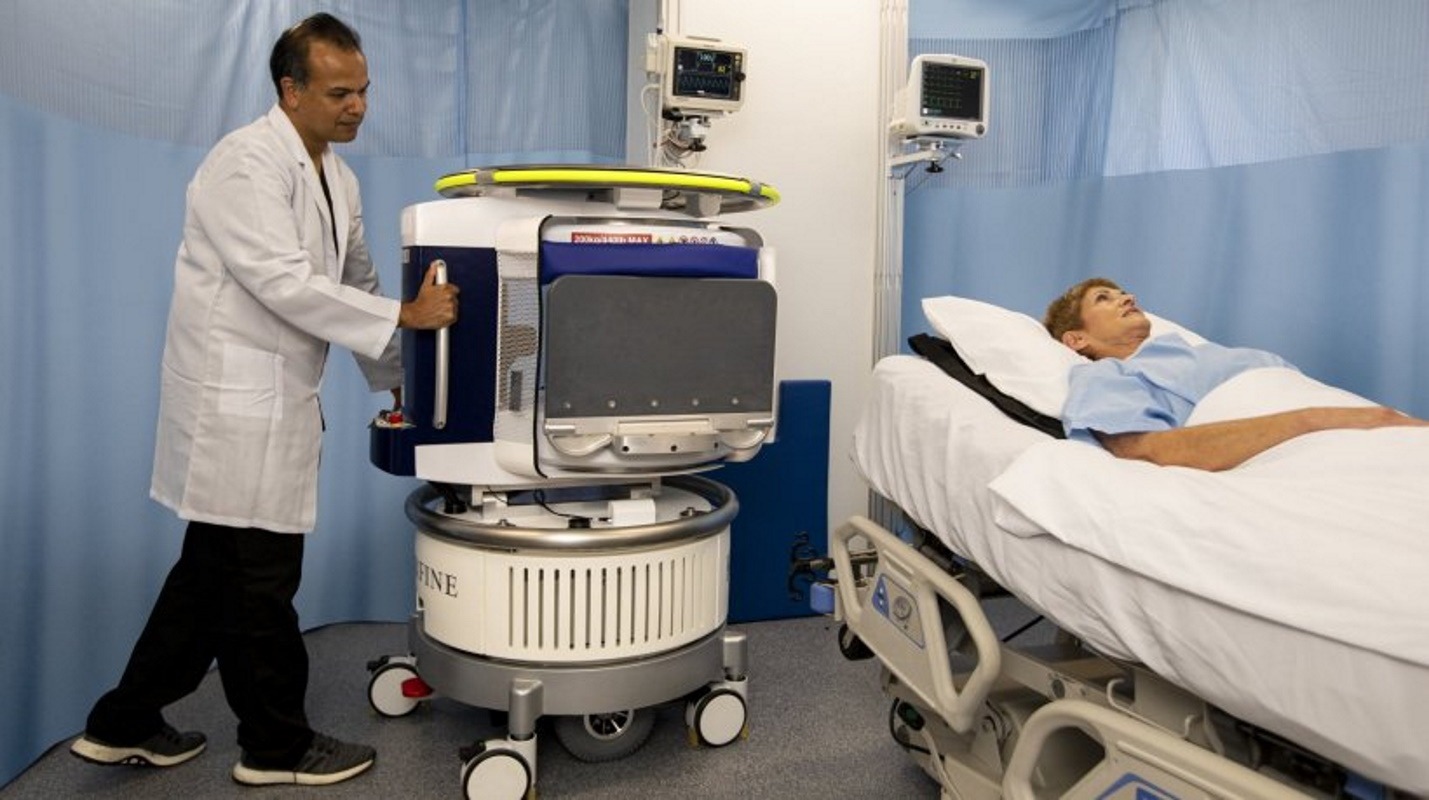 The FDA has cleared the world’s first portable MRI system, designed to be wheeled to a hospital bedside for scanning a patient’s head and brain.

Developed by Hyperfine Research for people age two and older, the point-of-care imaging system weighs about one-tenth that of a conventional, fixed MRI system. About three feet wide and five feet tall, the device fits in an elevator and runs off an everyday power outlet to create both clinical contrast images and 3D renders.

“More than 40 years after its first use, MRI remains a marvel. Unfortunately, it also remains inaccessible,” Hyperfine Chief Medical Officer Khan Siddiqui said in a statement. “It’s time that MRI made the jump to point of need just like X-ray and ultrasound have before it.”

“Going beyond that, nearly 90% of the world has no access to MRI at all,” Siddiqui added. “With the FDA’s decision, we are now ready to rewrite the rules of MRI accessibility.”

Hyperfine estimates its open-design system will also cost about 20 times less—controlled through a wireless tablet, it does not require trained technicians, shielded electronics or separate hospital facilities.

It also features ordinary permanent magnets that require no power or cooling, producing an image using low-power radio waves and magnetic fields. Now, with a 510(k) clearance in hand, the company plans to begin shipments this summer.

“We assembled an astounding team, and they took the 10 million-fold improvement in computing power since MRI was invented and the best of the billions invested in green electronics and built something astonishing, something disruptive,” said Jonathan Rothberg, Hyperfine’s founder and chairman.

Additionally, Hyperfine is working to develop artificial intelligence and deep learning software to reconstruct images and assist in diagnosis.