MRI To Help In Treatment Of Injured Sea Turtle 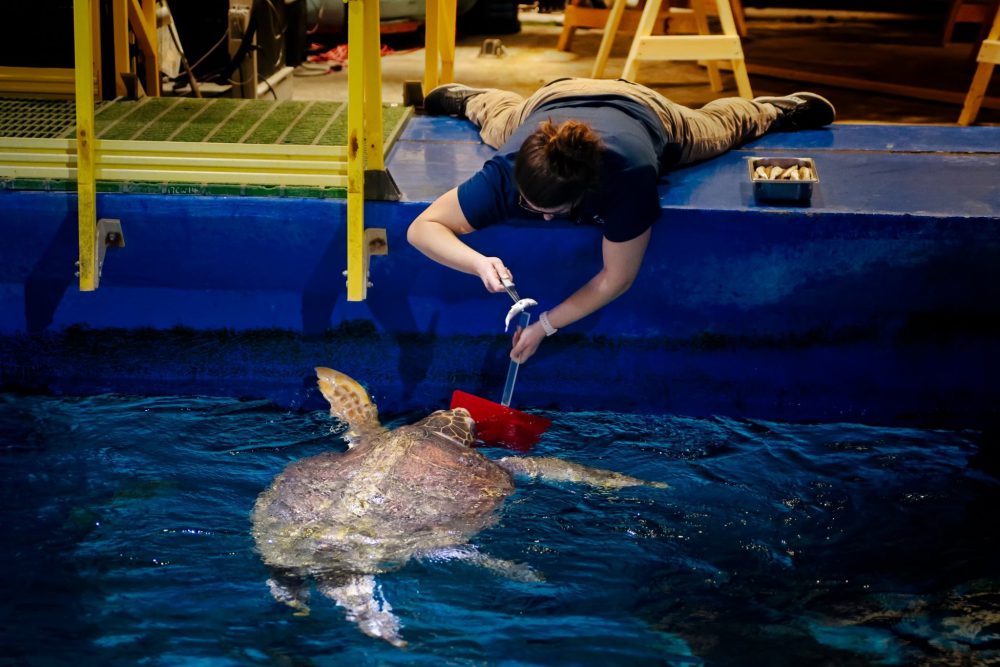 An MRI was done on a sea turtle Sunday morning after it got struck by a vessel.

After an unfortunate accident, a sea turtle got an MRI done at the Sentara Advanced Imaging Center at Sentara Virginia Beach General Hospital on Sunday.

A team from the Virginia Aquarium Stranding Response Program brought the 60-pound sea turtle named Seaweed for an MRI following a “vessel strike” incident that left the Seaweed injured.

No further information were released regarding the incident, however the officials hope the MRI scan will help Seaweed’s progress for a future release back into the ocean.

“The aquarium called Sentara about a week ago and they were asking if they could do an MRI on a turtle, and, I got to admit, this is the first time I’ve heard of doing an MRI on a turtle,” said Louis Caron, Radiology Director of Sentara Virginia General.

Back in July, Seaweed was hooked by someone fishing.

The Virginia Aquarium Stranding Response Program took the sea turtle and learned Seaweed also had a strike injury from a boat. The team provided different treatment options to seaweed before partnering with Sentara who donated the MRI.

“Our goal is to evaluate the injuries, especially the soft tissue, to see if they’re severe enough that we should be more concerned, or change our course of medical treatment,” said Stranding Response Coordinator Alexander Costidis.

“You can tell a human being to hold still, you can’t tell a sea turtle to hold still,” said staff MRI Technologist Todd Gontarek with Sentara Virginia Beach General.

They say this MRI will help guide the treatment plan moving forward.

“Our goal is always to rehabilitate them so we can release them back into the wild,” said Costidis.