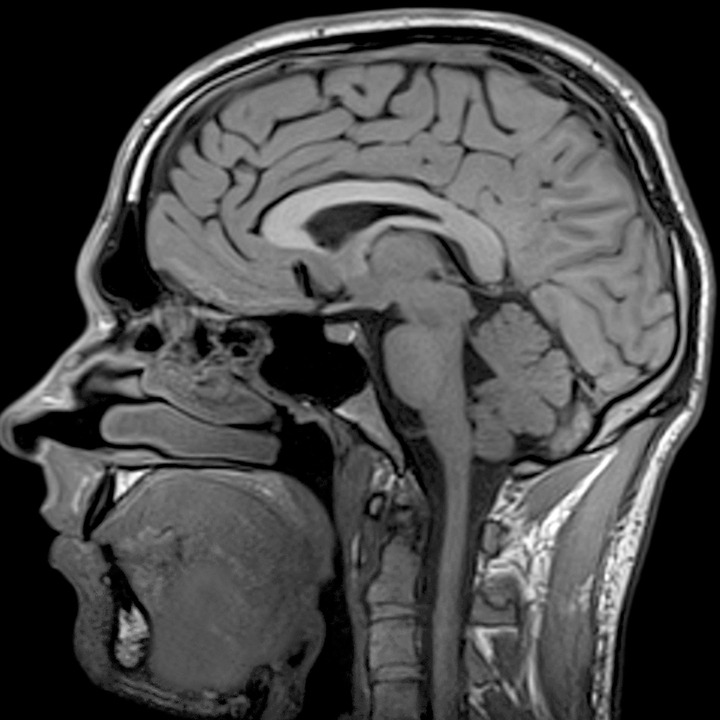 What is a head MRI?

Magnetic resonance imaging (MRI) of the head is a painless, noninvasive test that produces detailed images of your brain and brain stem. An MRI machine creates the images using a magnetic field and radio waves. This test is also known as a brain MRI or a cranial MRI. You will go to a hospital or radiology center to take a head MRI.

An MRI scan is different from a CT scan or an X-ray in that it doesn’t use radiation to produce images. An MRI scan combines images to create a 3-D picture of your internal structures, so it’s more effective than other scans at detecting abnormalities in small structures of the brain such as the pituitary gland and brain stem. Sometimes a contrast agent, or dye, can be given through an intravenous (IV) line to better visualize certain structures or abnormalities.

Why do I need a head MRI?

A head MRI is a useful tool for detecting a number of brain conditions, including:

A head MRI can help determine whether you sustained any damage from a stroke or head injury. Your doctor may also order a head MRI to investigate symptoms such as:

These symptoms may be due to a brain issue, which an MRI scan can help detect.