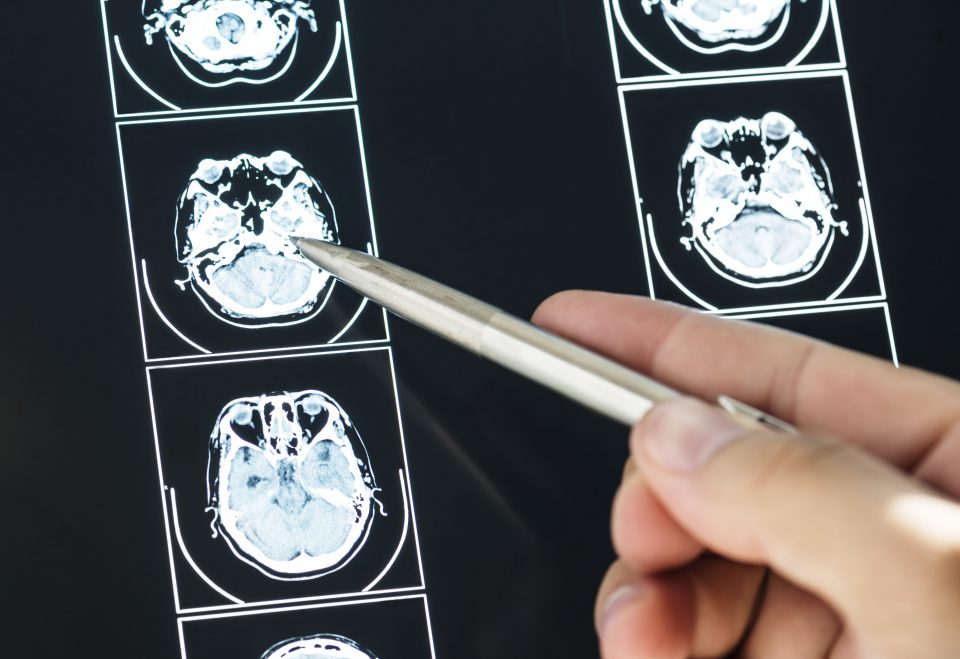 Assessing the degree of atrophy, or shinkage, in facial nerves with a high-resolution imaging tool appears to provide an accurate and early diagnosis of amyotrophic lateral sclerosis (ALS), according to new research.

Current magnetic resonance imaging (MRI) techniques used to help diagnose ALS have drawbacks, including a lack of specificity in distinguishing patients from those unaffected by the disease.

Fast imaging employing steady-state acquisition (FIESTA), a higher-resolution MRI technique, enables the observation of atrophy of the facial nerve in ALS patients. As such, a research team with the University of Occupational and Environmental Health and the Hirosaki University Graduate School of Medicine, both in Japan, determined whether facial nerve atrophy measured using this approach could help diagnose ALS.

The study included 15 sporadic ALS patients (average age 71.9, range 62-85; nine women) and 16 controls with no history of neurological diseases. Fourteen of the 15 patients underwent MRI scans within five weeks of diagnosis, “a relatively early stage of ALS,” the team noted. The mean time from symptom onset to MRI examination was 92.8 weeks (about 1.8 years).

The researchers measured the cross-sectional area of the facial nerve and of the cochlear (auditory) nerve, which has been found to be nearly intact in people with ALS. They then compared the area of these nerves, assigning scores that ranged from 1 to 4 depending on whether the facial nerve was larger, almost equal, or significantly smaller than the cochlear nerve. This evaluation was performed by two radiologists.

A subsequent analysis found that a 0.93–0.94 score in the facial-to-cochlear ratio could distinguish patients from controls.

All but one patient showed facial nerve atrophy, from 10% shinkage to less than half the size of the cochlear nerve. In contrast, only two or three controls (depending on the radiologist) showed similar findings.

Unilateral facial nerve atrophy was found in six patients (radiologist 1), and eight according to radiologist 2.

In comparison, use of conventional MR images — named T2-weighted image and fluid-attenuated inversion recovery (FLAIR) — led to markedly lower sensitivity and specificity values of up to 46.7% (sensitivity) and 75% (specificity). Using these techniques, only seven patients showed typical findings corresponding to ALS.

“In conclusion, the [facial nerve] atrophy revealed by FIESTA images … allowed us to distinguish ALS patients from controls with a high degree of accuracy,” the scientists wrote.

Cautioning that larger, prospective studies are needed to validate these findings, they concluded that assessing nerve changes with FIESTA may provide “a simple, noninvasive, and accurate method” to detect ALS.